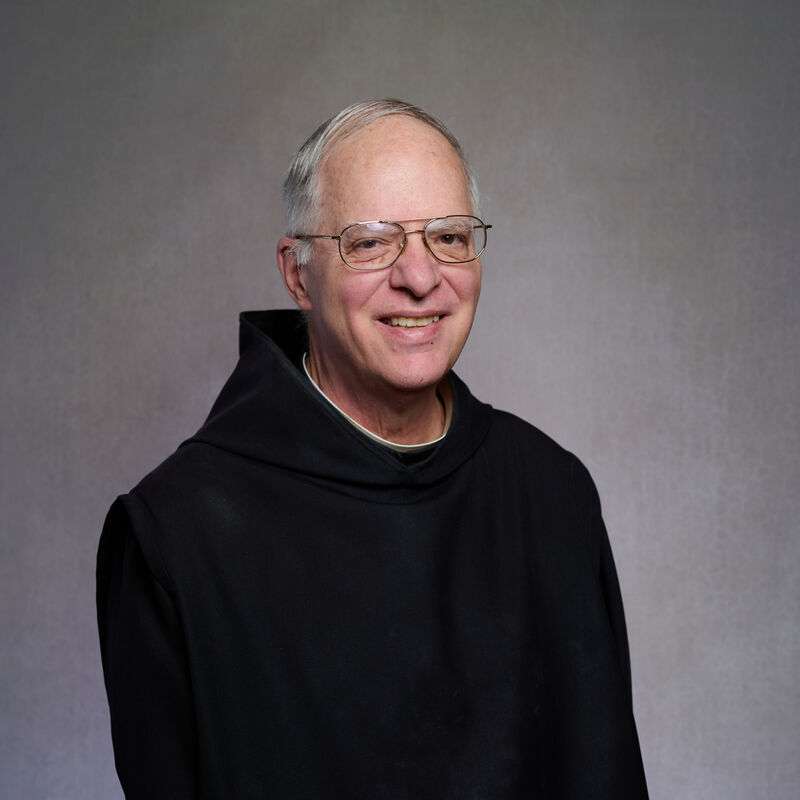 M.A. (Greek and Latin Literature and Ancient Art and Archaeology) - University of Colorado

Fr. Samuel F. Weber, O.S.B. is originally from Chicago.  He earned a B.A. and M.Div. at Saint Meinrad Seminary, St. Meinrad, IN, and a Licentiate in Sacred Theology at the Pontifical Athenaeum and the Pontifical Liturgical Institute 'Saint Anselm', Rome with studies in monastic/patristic studies and sacred liturgy, with emphasis on the Holy Rule of Saint Benedict and the Divine Office.

Fr. Samuel is a professed monk and priest of Saint Meinrad Archabbey, St. Meirnad, IN, a Benedictine monastery of the Swiss-American Congregation.

Fr. Samuel's interests are in monastic/patristic theology, spirituality, and Greek and Latin classics, as well as ancient art and archaeology.  He has served as a seminary professor for forty-three years.  His primary responsibilities at the present time are with the Benedict XVI Institute for Divine Worship and Sacred Music, Archdiocese of San Francisco.

For twenty years Fr. Samuel was on the faculty of Saint Meinrad School of Theology and Saint Meinrad College.  He was a founding member of the Wake Forest University Divinity School, Winston-Salem, NC, where he taught for nine years.  In addition, he has taught in the Louisville Presbyterian Seminary, The Southern Baptist Seminary, Louisville, KY, and the Disciples of Christ Seminary, Lexington, KY.  In addition to teaching, his ecumenical involvement has included lecturing and writing for The Upper Room (Methodist) and The Presbyterian Board of Worship.

In the Archdiocese of Saint Louis, Fr. Samuel headed the Institute of Sacred Music and was on the faculty of Kenrick-Glennon Seminary.

Fr. Samuel has served as an advisor for ICEL (The International Committee on English in the Liturgy), the new translation of the Roman Missal.  For four summers he was a teacher at The Liturgical Institute, Mundelein Seminary, Mundelein, IL, and for one summer at Christendom College, Front Royal, VA, where he was also director of liturgical music.  He is an experienced retreat director in the areas of liturgy, spirituality, marriage and family living, and ecumenism.

Fr. Samuel's publications include (Ignatius Press) The Propers of the Mass for Sundays and Solemnities, The Pew Missal, and Compline.  In addition, he has composed the chants for The Propers of the Mass for Weekdays of the Temporal Cycle.  He is the editor of The Hymnal for the Hours.  His most recent publications include The Saint Patrick Gradual and the Saint Patrick Antiphonary.  At the present time he is preparing the organ accompaniments for the Liber Hymnarius, and composing the Ignatius Press Pew Missal in Spanish.  He has authored numerous articles and publications, and was a guest speaker at the Fota Conference on the Sacred Liturgy, Cork City, Ireland.

These have been only with various small groups,

and visitors who make appointments to come to Saint Patrick’s,

because of the present situation.

Seminarian Study Days for the Archdiocese of San Francisco, July 2021.

THE PROPERS OF THE MASS, volume IV

The Ritual Masses, the Votive Masses

[being printed at the present time]

With the publication of THE PROPERS OF THE MASS, volume IV,

are now completed in four volumes. This has been 12 years of work.

All the chants of The Roman Missal are now available in four levels of settings,

Regarding specific services (Litanies, etc.) and the Liturgy of the Hours:

Sundays and Major Holy Days of the year with full chant antiphons etc.

They are broadcasting these services every Sunday with Benediction.

This was a big job this past year! It is now completed.

Also, I receive many requests for Vespers services, etc., from many dioceses,

parishes, religious communities etc. I am happy to take care of these.

OFFICE OF THE DEAD for the reception of the remains of Fr. Emil Kapaun,

the Chaplain who gave his life in Korea in 1953. This service was televised.