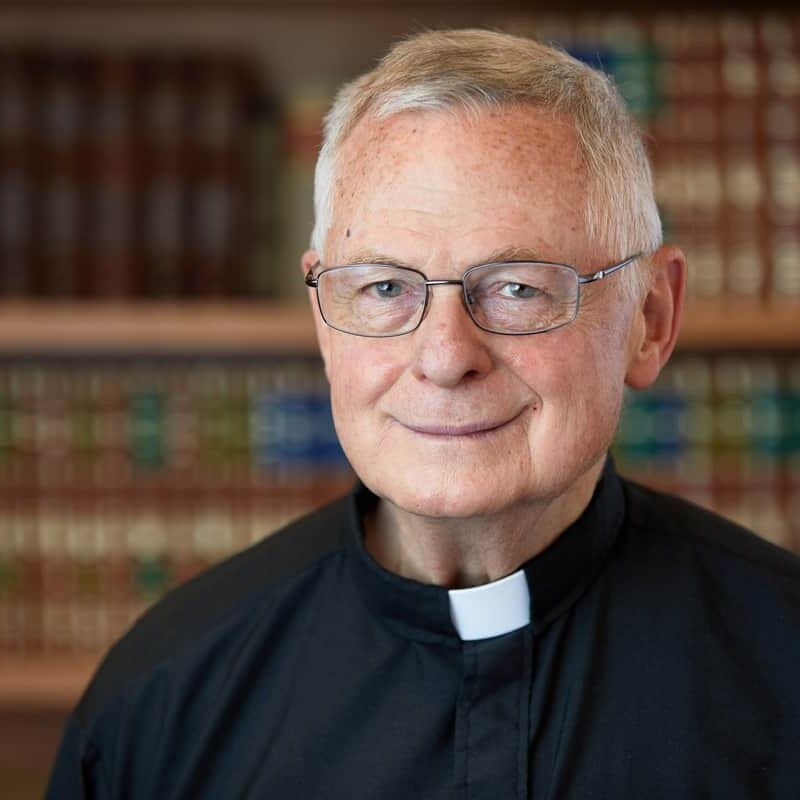 Fr. Murphy was born in San Francisco on July 25, 1941, and is part of the generation referred to as "pre-war" babies.  He was educated by the BVM nuns in grammar school and the Jesuits in high school and college.  When he graduated from Georgetown University in 1963 with a degree in English and philosophy, he went to the U.S. Navy Officer Candidate School in Newport, Rhode Island.  He served in the Atlantic Amphibious Force until his honorable discharge in 1966.  After working for four years, he entered the Society of Jesus and was ordained a priest in May 1977.

Half of his ministerial life has been spent in high school teaching and administration, and the other half in the formation of men preparing for the priesthood both in the Society of Jesus and in several diocesan seminaries.

For four years, he was the tertian instructor for the California Province of the Society of Jesus.  (Tertianship is the final phase of Jesuit formation, the time immediately preceding the pronouncement of final vows; central to that period is the young Jesuit's second experiencing of the Spiritual Exercises of St. Ignatius Loyola.) Since his ordination, Father Murphy has given many retreats—preached, directed, and guided.  That is his permanent ministry at this time.       His main interest lies in helping his directees to come to an understanding of the specific manner that God is calling the person into a knowledge of His will for them as an invitation to claim the Peace that is the fruit of Jesus' resurrection.