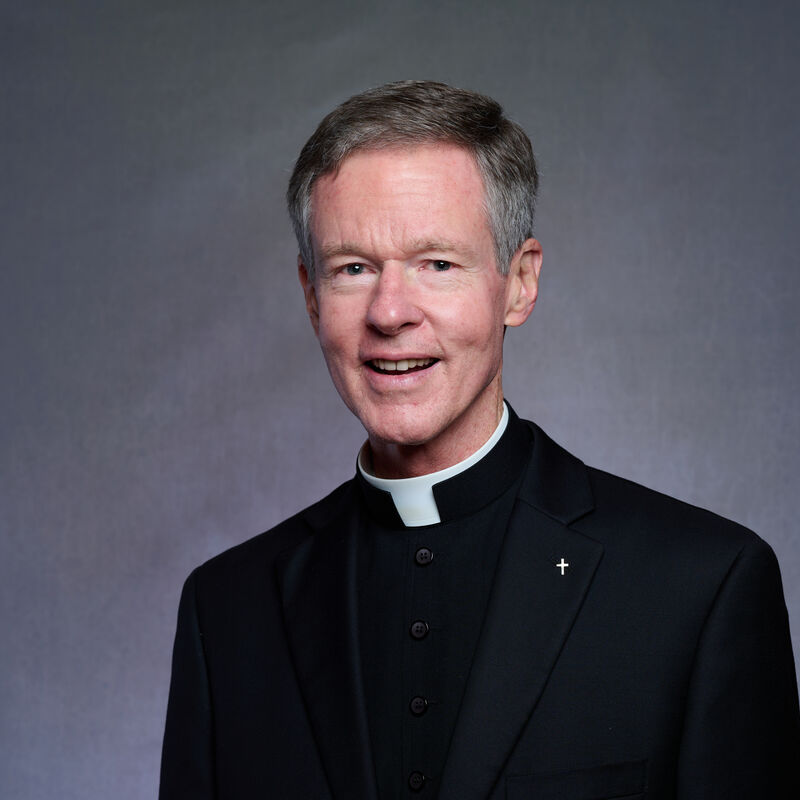 Dissertation: “A Study of the Higher States of Consciousness and their Interpretation According to Teresa of Avila and Maharishi Mahesh Yogi”

Rev. Kevin Joyce, a priest of the Diocese of San Jose, California, was born in 1949 and raised in Alameda, California.  He attended the high school and college seminaries of the Archdiocese of San Francisco until 1968-1969 when he participated in a Junior Year Abroad program in Mexico City where he studied psychology and Spanish.  He returned to the seminary for two more years and then withdrew in 1972.

In the Fall of 1972 Fr. Kevin pursued studies in Far Eastern Spirituality for six months at Maharishi International University in La Antilla, Spain and completed a teacher-training program in the Transcendental Meditation technique.

In the Fall of 1973 he began full-time studies in music at San Jose State University School of music, specializing in Choral Direction while teaching Transcendental Meditation, part-time.  At the same time, he served as Director of Music and Liturgy at Sacred Heart Church in San Jose, CA.

In January of 1977 Fr. Kevin returned to St. Patrick’s Seminary in Menlo Park, CA, after a long retreat during which he rediscovered his priestly vocation.  He completed a Master of Divinity degree and an M.A. degree in Theology and was ordained a priest for the Archdiocese of San Francisco on April 12, 1980.

Fr. Kevin’s first assignment as a priest was St. Catherine Parish in Morgan Hill, CA where he served as pastoral leader of the Hispanic community and Parochial Vicar of the English-speaking community.  He remained in Morgan Hill when the Diocese of San Jose was created in 1981.

From 1985 to 1988 he served on the faculty of St. Joseph College Seminary in Los Altos, CA, serving as Director of Music, Spiritual Director, and Teacher of Carmelite Spirituality.

The Bishop of San Jose sent Fr. Kevin to the Catholic University of America for doctoral studies in the Fall of 1988.  He completed his Ph.D. studies in Religion and Religious Education with a specialization in spirituality in 1991 and defended his dissertation in 1992.  His dissertation was a critical analysis of the stages of the spiritual journey as presented in the Vedanta tradition compared to the stages described by St. Teresa of Avila.

From 1991 until 2014, Fr. Kevin served at St. Maria Goretti Parish in San Jose, CA, for 11 years as pastor.  During that time he oversaw the development of a diocesan Institute for Leadership in Ministry and served as an instructor for the newly-formed institute (ILM).

During a six-month sabbatical in 2000, Fr. Kevin reworked his Ph.D. dissertation into a book titled: The Saint and the Sage: The Spiritual Journey According to St. Teresa of Avila and Maharishi Mahesh Yogi.  At the same time, he prepared a proposal to establish a spirituality center for the Diocese of San Jose.

In 2004, Fr. Kevin inaugurated the new spirituality center called “SpiritSite” and served as its Executive Director for five years during which time he focused on presenting parish missions and retreats throughout the Diocese of San Jose and beyond in English and Spanish.

In 2009, he was appointed pastor of St. Lucy Parish in Campbell, CA, and proceeded to reorganize the parish with a focus on evangelization.  He retired from his pastorate in 2015 (due to heart issues) and began to serve as chaplain of Presentation Retreat Center in Los Gatos and as an adjunct faculty member and spiritual director at St. Patrick Seminary and University in Menlo Park.

Served as a moderator for the symposium, Renewing Formation: Toward a New Unity of Theology and Sanctity, November 2019