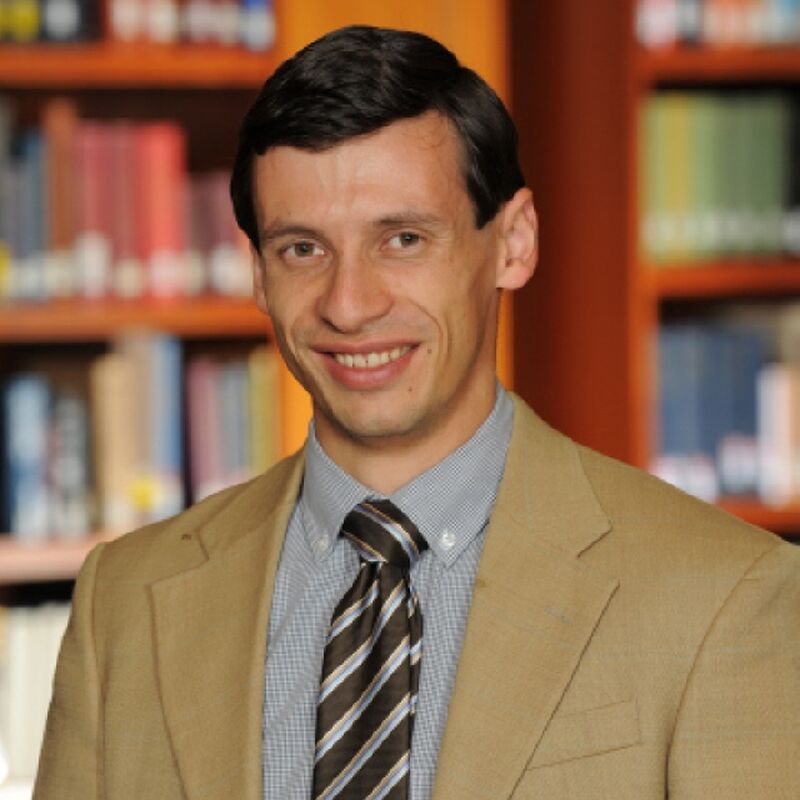 Assistant Professor of Philosophy and Chair of the Pre-Theology Program

Dr. Francis Feingold received his Ph.D. in Philosophy from the Catholic University of America in 2017.  His doctoral dissertation was titled “Divine Friendship-Love and Divine Impassibility: A Thomistic Response to Process Thought.”  He comes to St. Patrick’s with a strong and broad background in the history of philosophy (from ancient and medieval thought through contemporary phenomenology and and analytic philosophy) and has taught a variety of courses such as Philosophy in the Modern Age, Ethics, and Nature and Person at Mount St. Mary’s University in Emmitsburg, The Catholic University of America, and Ave Maria University (where he currently serves as Visiting Instructor in Philosophy).  Dr. Feingold shares: “I chose a career in philosophy chiefly because I saw it as my vocation; the path in which I was best suited to bring others to know and love God.   And I have always thought that the ideal place for me to pursue this vocation, even as a layman, would be at a seminary, by contributing to the formation of those whose task will be to bring Christ to the world.”

“Complacentia and velle: The Passivity of the Will in Aquinas’s Psychology.” Paper accepted to be delivered at the Society for Medieval and Renaissance Philosophy’s Inaugural Conference, at Notre Dame University in Notre Dame, Ind. (Oct. 4–6, 2021; originally scheduled Sept. 30–Oct. 2, 2020).

“How Can Aquinas’s Angels Know the Actual Existence of Contingent Things?” Paper accepted to be delivered at the 9th Annual Symposium for Medieval and Renaissance Studies, at St. Louis University in St. Louis, Mo. (June 21–23, 2021; originally scheduled for the 8th Annual Symposium, June 15–17, 2020).

“Personalism and the Common Good.” Paper delivered at the 43rd Annual Meeting of the American Maritain Association entitled “Whose Thomism? Which Tradition?” hosted by Franciscan University and Byzantine Catholic Seminary of SS. Cyril and Methodius, in Pittsburgh, Pa. (March 5–7, 2020)

“‘Being-Moved’: The Passivity of Spiritual Affections in von Hildebrand and Aquinas.” Invited paper delivered at a colloquium on Dietrich von Hildebrand’s emotion theory, held at the University of Dallas in Dallas, Tex. (Feb. 27–29, 2020).

“Is the Concept a Quality? An Objection to the ‘Formal Concept’/‘Objective Concept’ Distinction.” Delivered at the 2019 Annual ACPA Meeting entitled “A Perennial Philosophy of Nature,” hosted by the University of St. Thomas, in Minneapolis, Minn. (Nov. 21–24, 2019), at a session sponsored by the Society for Medieval and Renaissance Thomism.

“Metaphysical Bridges: A Teleological Response to the Twinning Argument for Delayed Hominization.” Delivered at the 2019 Annual ACPA Meeting entitled “A Perennial Philosophy of Nature,” hosted by the University of St. Thomas, in Minneapolis, Minn. (Nov. 21–24, 2019), at a session sponsored by the ACPA.

“Is the Act of Knowing a Quality? Aquinas’s Discussion of Aristotle’s Claim That Knowing Does Not Alter the Knower." 54th International Congress on Medieval Studies, Kalamazoo, Mich., May 9–12, 2019. — This paper received the 2018 Founders' Award from the Society for Medieval and Renaissance Philosophy.

"Is There Imperfection in Grieving for Another's Sin?" 53rd International Congress on Medieval Studies, Kalamazoo, Mich., May 10-13, 2018.

"Love of Variety vs. Love of Unity: A Cautious Defense of Plato's Critique of μίμησις." The Catholic University of America, Washington, D.C., Feb. 19-20, 2016.

"Is The Virtue of Legal Justice Identical to Civic Friendship?  A Response to Charles De Koninck." West Coast Meeting of the Society for Aristotelian-Thomistic Studies ("Virtue and Friendship"), Santa Paula, Calif., June 18-19, 2015.

“Jacques Maritain and the ‘Wounding of God’.” Forthcoming in the American Maritain Association’s 29th volume (title TBD), edited by James Keating, to be published by The Catholic University of America Press (2020).

“Aquinas on Angelic Knowledge of the Actual Existence of Contingent Things.” Forthcoming in Summa metaphysicae ad mentem sancti Thomae: In Honor of Msgr. John F. Wippel, edited by Therese Cory and Gregory Doolan, to be published by The Catholic University of America Press.

“Is the Institution of Private Property Part of the Natural Law? Ius gentium and ius naturale in Aquinas’s Account of the Right to ‘Steal’ When in Urgent Need.” Forthcoming in Proceedings of the American Catholic Philosophical Association 92 (2018).

“Principium vs. Principiatum: The Transcendence of Love in von Hildebrand and Aquinas.” Quaestiones Disputatae 3 (2013): 56–68.