Menlo Park, October 6, 2020 - Archbishop Salvatore Cordileone of the Archdiocese of San Francisco announced that Rev. Daniel B. Donohoo has stepped down as President-Rector of St. Patrick Seminary & University due to health reasons. After Fr. Donohoo informed his own bishop, the Most Reverend Charles Thompson of Indianapolis, of his recent medical challenges, he was called to return home in order to attend to his health condition.

In order to continue the good work of the Seminary, after consultation with and the endorsement of the Executive Committee of the Seminary’s Board of Trustees, Archbishop Cordileone has appointed Fr. Mark Doherty to serve as Interim Rector and continuing until such time as a new Rector can be found and appointed for the usual term. Archbishop Cordileone said, “I am particularly pleased to have an excellent priest of the Archdiocese of San Francisco assume this important position.” 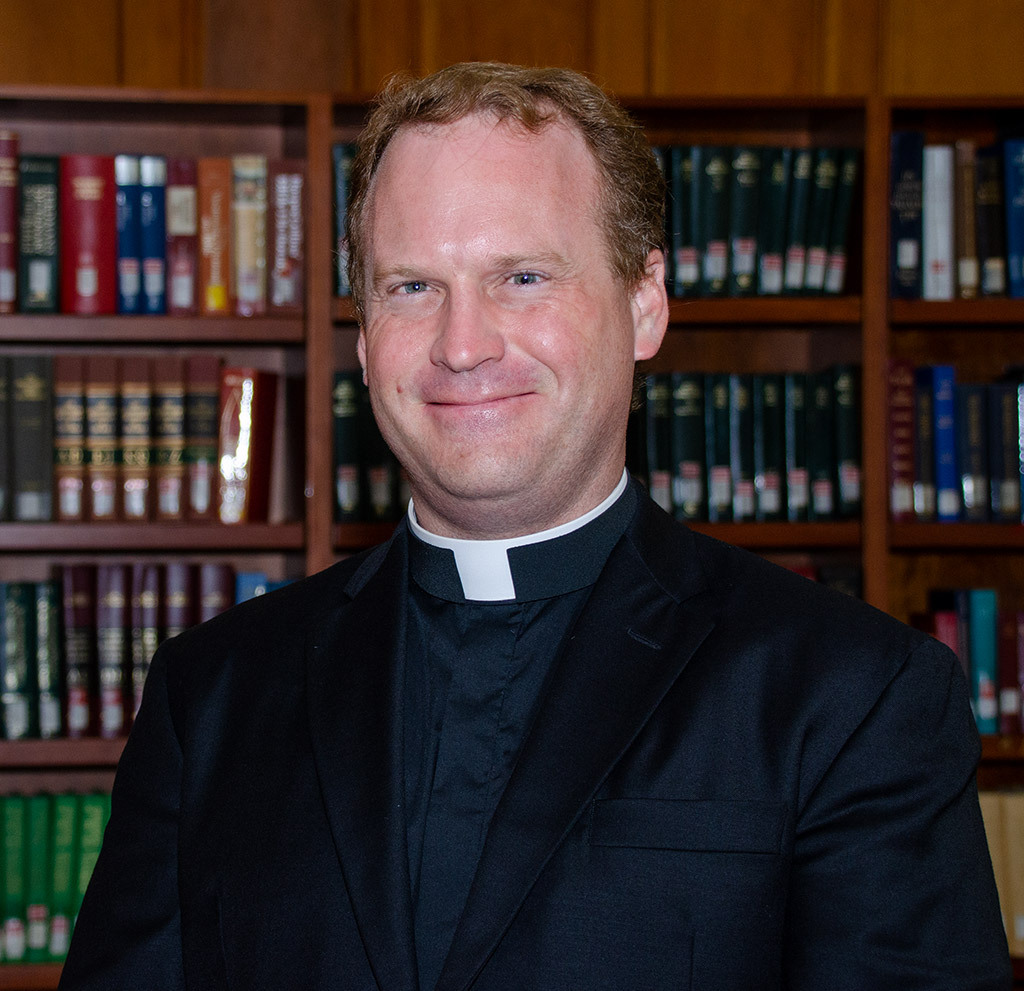 Fr. Doherty brings a strong diocesan background to the role. Following his ordination in 2014, Fr. Doherty served as parochial vicar at St. Peter Parish in San Francisco while serving as the chaplain at Sacred Heart Cathedral Prep, where he also was responsible for liturgies and sacramental ministry. In 2015, Fr. Doherty also assumed the role of parochial vicar at St. Anthony of Padua Parish in San Francisco. Fluent in English, French, and Spanish combined with his significant overseas assignments through the world, Fr. Doherty brings an excellent perspective on multi-ethnic ministries.

“I am honored to have been appointed to serve in this role,” Fr. Doherty said. “Taking on this vital task reminds me of the importance of the priesthood – the work of shepherding men and women to the house of the Father. Sharing in the labor of the Father and the Son in the power of the Holy Spirit is deeply ennobling and satisfying.”

St. Patrick's Holds Commencement for Its 2020 and 2021 Graduates